Yesterday's blog ended with reference to "Other" and "Outsider" art. These are not my terms but the "official" nomenclature that the art industry uses to reference art that doesn't fit Western contemporary art discourse, yet. In 1960's lingo, its the art of "counter culture". I'm old enough to have observed how quickly the mainstream "capitalizes" on "outsider" fashion, music and visual art. Graffiti art, not any longer considered "outside" in my view, is however still associated with the criminal offense of defacing private and public property, Yet we now have publicly funded graffiti art youth camps and festivals (Montreal). Keith Haring's (d.1990) subway graffiti of petroglyph-like drawings in NYC during the '80s became sanctioned as "art" when they were later presented in galleries. The subway became, as Haring said, a “laboratory” for working out his ideas and experimenting with his simple lines (bio).(see footnote). YouTube and home studio TV productions such as Tom Green's experimentations, parody establishment entertainment. They make visible the media establishment's taken fore-granted system of ordering and presenting information, by doing exactly the opposite to what every media journalist has been taught at school is the "right" way. The YouTube phenomenon gives unmediated communications power to the individual, where careers are being made by performers, for example, who may never have been heard of otherwise. Visual artists have been creating videos of their artwork and posting them on YouTube. One has to get over the fear of copyright infringement though.
Native American art critics may view Haring's petroglyph drawings as cultural appropriation. Contemporary Western art critics have always conceded Picasso's appropriation of African aesthics. "Other Art" typically references art by artists referencing their traditional and contemporary culture using their unique visual language. Historically, artist from within these cultures who presented their work for exhibition at the major galleries would either not be shown or, as in the case of our National gallery's Inuit art collection, have their work segregated in a "cultural artifacts" museum collection. Another example is the work of Norval Morriseau. It took so long for Norval Morriseau's culturally inspired larger than life size paintings to be displayed in a solo exhibition at our National Gallery. I finally had the chance to experience their power, and felt their resonance with the spirit. My beef here is that it took so long.
In reality, Western art history is the story of appropriation and translation into personal visual interpretation by the artist. Its hard to draw a box around a culture, especially in the context of contemporary transferance of cultures around the world. Also, cultures are dynamic and ever shifting. In a contemporary society people grow-up experiencing multiple cultures to the point that they either claim global identity, or feel no specific identity, and in the context of Canadian multi cultural program policies that try to keep a moving target still, many peoples from varying ancestry but who have lived in Canada all their lives, are made to feel an "outsider". Ah, I'm getting into another topic. But who should have the power to say what is art? Anybody, really. I just read art reviews of a few Ottawa exhibitions that were published by the Toronto based Akimbo web broadcasting. They were written by a local artist, teacher and art critic who I commend for her initiative. We need more Ottawa art critics like this who can also command the attention of high profile publishers. There's a big difference between an "arts writer" and and "art critic".
1. Footnote: Between 1980 and 1989, Haring achieved international recognition and participated in numerous group and solo exhibitions. His first solo exhibition in New York was held at the Westbeth Painters Space in 1981. In 1982, he made his Soho gallery debut with an immensely popular and highly acclaimed one-man exhibition at the Tony Shafrazi Gallery. During this period, he also participated in renowned international survey exhibitions such as Documenta 7 in Kassel; the São Paulo Biennial; and the Whitney Biennial. Haring completed numerous public projects in the first half of the 80’s as well, ranging from an animation for the Spectacular billboard in Times Square, designing sets and backdrops for theaters and clubs, developing watch designs for Swatch and an advertising campaign for Absolute vodka; and creating murals worldwide.
Posted by Unknown at 10:55 PM 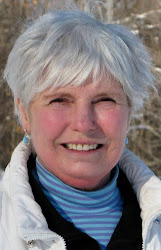 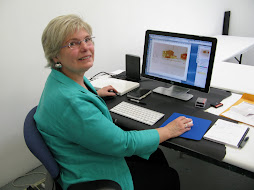